The Gift of Family

The Gift of Family by Beryl Leong

Seated amongst others in the waiting area of the polyclinic on a sunny afternoon in April 2017 was Mdm Don Chitra, 64. The homemaker was scheduled for a regular body check-up that day, and not long after, it was her turn. Little did she know that as she made her way to the consultation room, the subsequent diagnosis from her doctor will be a life-changing one.

“I have kidney issues since I was 20, but it has been manageable for the past 40 years. When the doctor said that my kidney functions were not optimal and recommended that I undergo haemodialysis, I was shocked and fearful, and rejected him immediately.” Even with her doctor’s reassurance that she could have a good 10 or more years to live if she chose dialysis, it all felt so daunting to her.

The image of thick needles crossed Mdm Chitra’s mind, and the thought of putting herself through the pain, commitment, and sheer length of treatments, was all too much for her to bear. Afterall, she has fulfilled most of life’s main milestones before her diagnosis – getting married to a doting husband and raising 2 children with him. To her, that was enough and choosing to die from her condition seemed to be the easiest solution then and there.

Mdm Chitra’s children did not take to her decision well. “My son told me, Mum you are still young, you have not seen your future grandchildren yet! But I was very stubborn, I refused to listen.” However, it was her daughter’s reaction that made her rethink her decision. “My daughter broke down in front of me and said, Mum, I don’t want to see you go like this. The pain in her voice, it made me reconsider.”

One morning, Mdm Chitra woke up feeling weak and discovered she had lost her ability to walk. She crawled out of her room on all fours, and her son called for an ambulance immediately. Mdm Chitra was admitted to the hospital for severe anaemia resulting from kidney failure. “My blood levels dropped to dangerously low levels. I required 8 bags of blood for transfusion! The nurses told me that if my family sent me to the hospital any later, I would not have lived.”, she recalled.

Mdm Chitra had to undergo 3 consecutive days of emergency life-saving haemodialysis treatments, and it took a toll on her already petite frame. “I was 64kg then, but after all the treatments, my weight dropped to 48kg. I remember joking with my doctor that was my dream weight when I was a teenager.”, she chuckled.

Mdm Chitra was referred to dialyse at KDF by a medical social worker and started her first dialysis session at KDF Bishan Centre on October 9, 2017. In her early days as a dialysis patient, Mdm Chitra had difficulty walking and was wheelchair-bound. She also had to gain a considerable amount of weight to ensure that her condition remains stable. With strict food restrictions in place, it was challenging for Mdm Chitra to adapt.

“It was difficult at first, but my children made sure I took balanced meals, and encouraged me to take small steps out of the wheelchair daily. My weight slowly increased, and I can now walk with a walking aid!”, she beamed. Her two children have also chosen to prioritise her needs. “My son and daughter told me that I will be the centre of their world, for as long as possible. Both help with the chores and will plan for family outings to attractions during their off days.”

With Mdm Chitra being the fifth child from a large family of 15 children, birthday celebrations of her siblings and wedding celebrations of her nieces and nephews are always a grand family affair, and no one gets left behind in the festivities. “I am blessed with the love from a large, close-knitted family. Looking at my children, I am contented that they take such good care of me. Am I happy? Yes, I am very happy. I don’t regret my decision made.”, she said, breaking into a warm, genuine smile.

It has been 4 years since her grim diagnosis and despite the challenges Mdm Chitra faced, she remained radiant and positive throughout. Her story captures the essence of this festive season – one of gratitude and hope, and how family resilience, faith, and love can come together to form a potent concoction, transforming one’s outlook in life for the better. 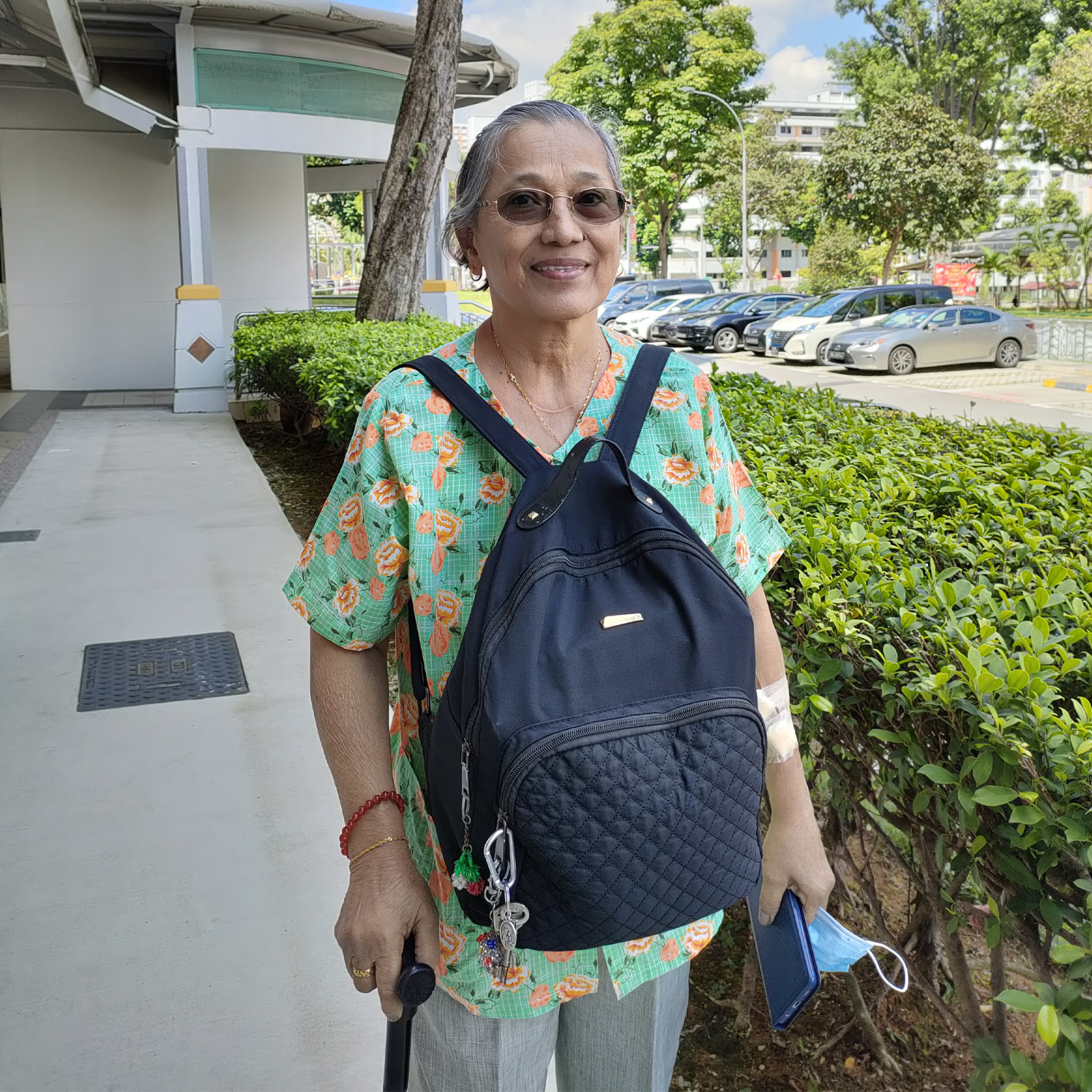