“Death is part and parcel of life. We are bound to leave this earth someday – hopefully sooner rather than later so I don’t have to suffer for too long,” said Mr Yip Yuen Tong.

Mr Yip is 59 this year and convinced that he will not live past his next birthday, as he has been experiencing a steep decline in his health over the past year. The past 7 years on dialysis have also taken a significant toll on his spirit and mobility.

Despite already coming to terms with his own mortality, Mr Yip is troubled by the thought of having no one to arrange his last funeral rites.

This uneasiness was intensified when he heard that a fellow dialysis patient was denied a proper funeral, as he too had no next-of-kin, not unlike Mr Yip.

Mr Yip lives alone in a rented two-room flat in Red Hill and relies on Community Development Council assistance to pay for monthly expenses like utilities and rent, as he is unemployed due to his health.

With no caregiver to rely on, Mr Yip has to wheel himself to take the public bus headed for the dialysis centre at Kreta Ayer for his dialysis. For a bus journey that takes under an hour for most of us, Mr Yip takes more than three times the amount of time.

What is more troubling is that he has no one to turn to in times of crisis. Just recently, Mr Yip had collapsed at home. When he regained consciousness, he found himself lying face flat on the floor. Still reeling from shock, Mr Yip had to pull himself onto the wheelchair to make his way to the hospital emergency department; he described the episode as a nightmare.

Fortunately, Mr Yip lives to see another day, with an arm in cast. But who knows when his luck might run out?

While death is an uncomfortable topic for most, it is not the case for Mr Yip. Having spent most of his time as a child playing on cemetery grounds near his kampong, he views death as a part of life.

“I am not afraid of dying. If death comes knocking on my door, so be it. We are all going to die sooner or later.”

“When the day comes, I will no longer need to suffer, because there would be no more pain. In death, patients like me are finally freed from the pain and suffering of being pricked by needles three times a week, and from worrying about treatment costs,” he confided.

But there lies a fate far worse than death. “I am most afraid of not dying, and having to lie on a hospital bed not being able to move and having doctors insert pipes into my mouth.”

He shuddered upon the thought before continuing, “That is why I have already indicated my wishes for such a situation, because I am scared of more suffering.”

Mr Yip was referring to Advance Care Planning (ACP), a series of discussions to indicate one’s desired type of care during an unexpected medical emergency.

Upon hearing Mr Yip’s concerns about dying alone, KDF referred his case to Cheng Hong Welfare Society, which provides free funeral arrangements for seniors without dependents, according to their wishes and religion.

Mr Yip shared that he has requested for his ashes to be scattered into the sea after cremation. “I will make everywhere my home, wherever my ashes land,” he said with a smile.

Having this heavy load taken off his chest, Mr Yip now sleeps a little better knowing that his funeral arrangements would be well taken care of when the time comes. 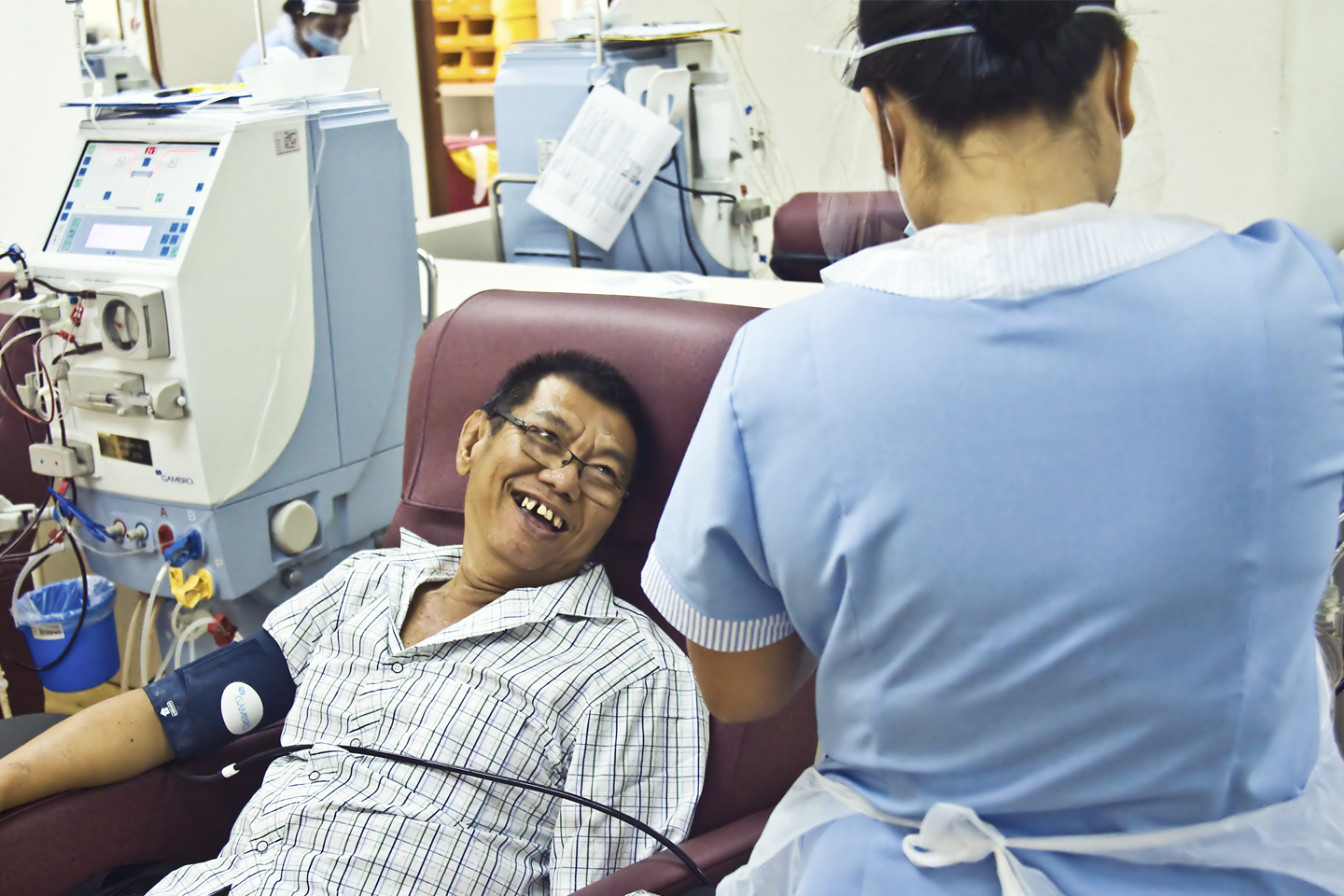