One Day at a Time

One Day at a Time

An intense wave of emotions swept through the quiet dialysis centre as Mr Lam Kam Loon, 71, broke down.

Recalling his thoughts when the doctors first diagnosed him, he said, “It was a very tough time. My son was only 3 years old then.”

After being retrenched from his long-term job of 22 years, Mr Lam applied to be a bus driver. He was required to go for a medical check-up for the job. That fateful check-up rendered an in-depth follow up as the doctor had found his heart to be larger than usual. He also confirmed that Mr Lam’s kidneys have failed, and he needed to be put on dialysis treatments.

The diagnosis of end-stage kidney disease 24 years ago prevented Mr Lam from driving heavy vehicles. He had to take on a job as a part-time contractor instead. Having to go through 3 dialysis sessions a week, for 4 hours each session was very taxing for Mr Lam. By the end of every session, he would be exhausted.

“My lifestyle was very indulgent and hectic back then. I was often out meeting business partners and friends over meals and drinks.” Being on dialysis meant that Mr Lam had to cut down on attending meetings in such settings. After almost two years of working as a part time contractor for his previous employer, doctors and social workers suggested to him to try being a taxi driver for the flexibility of working hours.

In 2000, Mr Lam took up a job as a taxi driver. However, in 2009, he had to pull the brakes on driving the taxi as he was diagnosed with another illness – colon cancer.

“I wanted to die then.” Mr Lam teared up as he recalled feeling like a financial burden to his family due to his multiple illnesses. He was also worried for his wife as that meant that she had to accompany him for medical appointments, on top of being the sole breadwinner for the family.

Mr Lam had initially refused treatments for his colon cancer, but the doctors and nurses did not give up on him. They encouraged him to stay strong and receive the necessary treatments. After much persuasion, he agreed to undergo surgery to treat the cancer.

Mr Lam took a break from driving the taxi for three years to recover, before resuming work.

Everything seemed to be going well until in 2019, Mr Lam lost his footing and had a fall on the bus. That accident gave him and his family a scare. That was also when he made the decision to retire.

Despite having been through many trials and tribulations, Mr Lam continues to be full of optimism with what the next day has in store for him.  “Now, I just live humbly. One day at a time.”, he remarked.

When Mr Lam was told that KDF will be celebrating its 25th Anniversary this year, he was filled with gratitude. The subsidies he had received for his treatments and medications had helped relieved the financial burden on his family over the years. Having had dialysis at KDF for more than two decades, the nurses and patients have become his long-time friends as well.

“Because of KDF, I could watch my son grow up.” Mr Lam beamed as he brought up his son, who turns 27 this year. Coming June, his son will end his service with the Singapore Armed Forces to further his studies and explore a career in photography.

Many patients like Mr Lam receives subsidies from KDF because very few can afford paying for dialysis treatments and medications. These subsidies are made possible with the generous donations from the public and supporters like yourself.

Every dollar goes a long way in helping our underprivileged patients. Extend hope today with a kind donation via Paynow or GivingSG, and you can help extend lives. 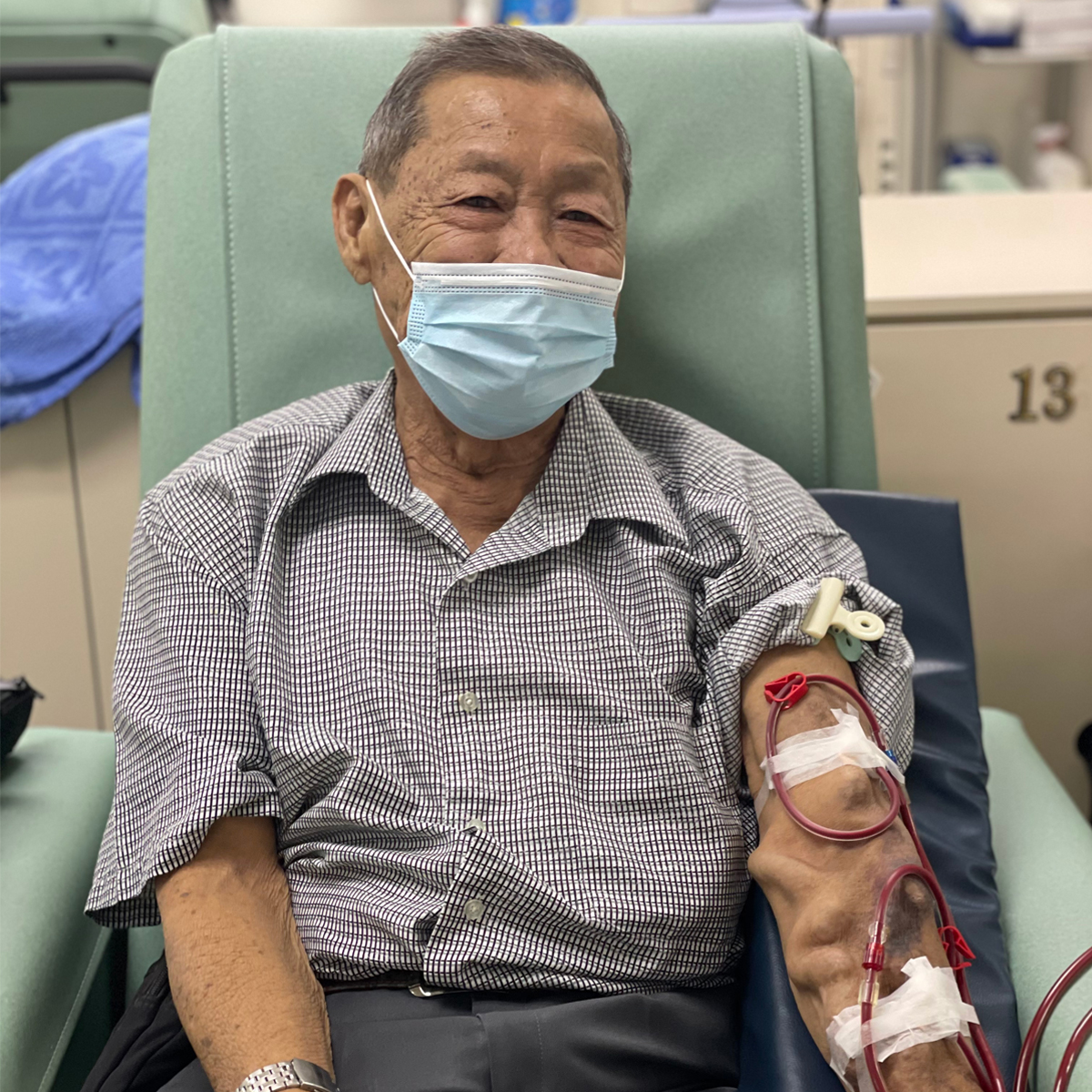