As part of KDF’s mission to support research that will prevent, treat and cure kidney and kidney-related diseases, the KDF-NUS research fund was set up in 2007. With many end-stage kidney failure cases stemming from diabetic complications in Singapore, KDF identified diabetes mellitus as a key area of interest. 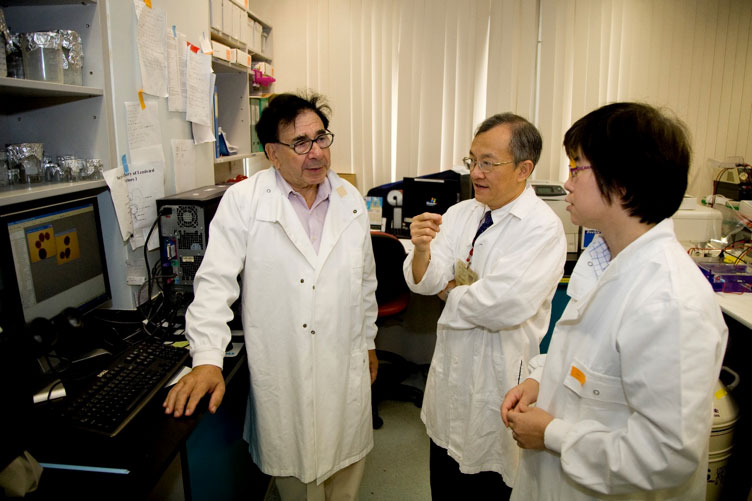 The objective of the team’s project is to seek new approaches to the treatment of diabetes using insulin gene therapy incorporated into a lentivirus (a genus of slow viruses characterised by a long incubation period and can deliver a significant amount of genetic information into the DNA of the host cell) introduced into the liver. This research also aims to improve the current procedure of viral delivery to make it less invasive.

As diabetics do not produce enough insulin to lower their blood glucose, stem cells which have the ability to renew themselves through cell division and differentiating into a diverse range of specialised cell types may be useful in treating diabetics.

The team saw some success with their collaborators in Egypt where they cured diabetes in mice. Being the first team to demonstrate this finding, it was a significant step forward for this approach which involved mesenchymal stromal cells (MSCs) from the human bone marrow. With this approach, cells not only produce insulin, they release insulin according to the requirements of the body.

The team is now keen to move a step forward from "the little mouse" and try treating diabetic dogs, as dogs naturally get diabetes like humans. Regulation of insulin, like in the case of the umbilical cord cells, still requires fine-tuning, but the progress made in this research may soon pave the way for clinical trials in the near future.